The impact of Covid-19 on LGTBI in Uganda: testimonial from human rights defender

After Togo and Kenya, we are continuing our interviews with defenders on the impact of COVID-19 on vulnerable populations in Uganda.

Tom Twongyeirwe Junior is a human rights defender in Uganda and the national coordinator of the NGO Universal Coalition of Affirming Africans Uganda (UCAA-UG). He tells us about the human rights abuses and violations suffered by the LGBT community in Uganda and explains how this situation has been exacerbated by the COVID-19 pandemic. 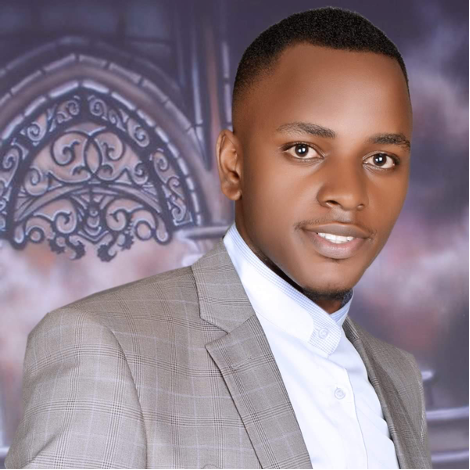 What was the situation of LGBT persons in Uganda before COVID-19?

The situation of LGBT persons in Uganda remain dangerously vulnerable to violation of human rights, poverty and discrimination. Hate for LGBT persons is greatly fuelled by Religious leaders who still cherish the beliefs that homosexuality is immoral, unnatural, un-African and satanic. Uganda being a Christian country, religious leaders are opinion leaders who have influence at both community and policy levers. Uganda is a religiously diverse nation with Christianity being the most widely professed religion. According to the 2014 census, over 84% of the population is Christian while about 14 % of the population adhere to Islam.

As such, because all the references in the modern translated Bible to same-gender sexual behavior are undeniably negative, the anti-LGBTI teaching reaches and influences a large number of the population in Uganda. Religious leaders who own media houses use it to make their teaching reach a wider audience and during sermons, LGBT persons are condemned as people destined for hell. Likewise, LGBTI people are pressured to abandon church and live in hiding from persecution. In 2009, religious leaders under the Family Life Network Uganda invited American Scott Lively, an anti-gay preacher, to host a conference.

On the legal front, consensual same sex sexual conduct is illegal in Uganda. The law criminalizes carnal knowledge of any person against the order of nature and provides for a penalty of up to life imprisonment. This, coupled with the cultural underpinnings in Uganda, the result has been a deeply homophobic climate making Uganda a difficult place for pro-LGBTI advocacy. LGBTI persons altogether face legal restrictions, discrimination and exclusion, societal harassment and violence, intimidation and threats of physical violence and barriers to accessing appropriate health information and services.

No wonder, Uganda ranks 2nd among the 12 nations in the world most hostile toward LGBTI people with animosity largely spread by religious leaders who preach against LGBTI people and their families, influencing the broader political and social climate. Unfortunately, even those religious leaders who affirm gay rights in Uganda have been stigmatized and isolated from the wider communities. LGBT persons have been denied opportunities to make a contribution to the development agenda and survival. For example, they are expelled from schools, even those who have got education are discriminated on the job market. They are discriminated in the health sector for example accessing HIV related services, evicted from houses.

Although there have been efforts to engage the religious domain with some successes, in order to influence this deeply ingrained social pattern, the struggle requires a well thought out, consistent and concerted effort from an authoritative faith perspective by the LGBT community, friends and allies. With the influence that religious leaders wield, the target must be towards these leaders with a view to transforming homophobia into tolerance.

How the COVID-19 pandemic has affected LGBT people in Uganda and their rights?

When Covid-19 was announced in Uganda, the religious leaders, quickly called for the country to repent of their sins and same sex relationship/ the LGBT community was the group gruesomely called out for the cause of God’s wrath in the form of COVID-19. The outbreak of the pandemic have negatively affected the whole world but most particular the LGBT community. We have noted in particular:

In April 2020, UN rights experts raised concerns that Uganda might be using COVID-19 emergency powers to target LGBT people. What is your opinion?

I wouldn’t say “yes” and I wouldn’t say “No”. As mentioned earlier, the outbreak of the pandemic affected almost every person globally but of course it should be noted that the groups who were already facing Human rights violation and discrimination issues were affected more and so COVID-19 was like adding fuel into the fire. Speaking about LGBT persons in particular, the torture and the discrimination levels are worse than even other members of the key populations.

They face discrimination and torcher from both the society and legal areas, from both left, right and the center, the LGBT community really faces very hard times. There are LGBT persons violence cases registered during the pandemic including the raid of LGBT shelter and many others which was so wrong. Keeping the universal nature of Human rights however, we should not ignore the many other people from the society who also fell victims of torture during the pandemic especially in the name of enforcing the standard operating procedures (SOPs).

These include expecting mothers who died due to denied/ very limited access to health services, increased early marriages, rape and defilement cases among under aged girls, brutal beating; of women, patients seeking medical attention and other locals especially during the implementation of the curfew.

Generally, the COVID-19 pandemic is a nightmare that have negatively affected not only one particular group of people but the majority of the community members. While some LGBT persons have been arrested, many innocent members of the community including women and others were arrested too. On a very sad note many lost their lives due to law enforcers’ shootings, hunger and sicknesses. In general, the pandemic has really affected the majority of the community members, especially low-income earners and members of the minority populations.